Q and A with Author Gigi Marshall

Q1. What is your advice for selecting the correct Emergency Communication Nurse System™ (ECNS™) symptom and injury-based protocol when the patient complains of several symptoms and/or injuries? Choosing the most concerning symptom that the patient has is achieved by keeping the ABCD concepts in mind (A= Airway, B= Breathing, C= Circulation, and D = Deficit in level of consciousness). If a symptom could cause a problem in any of the ABCD areas, the nurse should pick that symptom most likely to result in the compromise.

Q2. Your research in AEDR 8.2 cites an increase in emergency department visits involving complaints of abdominal pain. Did your team choose this patient complaint as an example of greater efficiency in the use of the ECNS and, thus, broader application of ECNS overall? The Abdominal Pain Protocol has been one of the most frequently selected protocols by ECNs across numerous agencies and multiple countries. One hypothesis has been that this protocol was likely selected more often than was appropriate. The study findings proved the hypothesis! Other protocols such as vomiting, diarrhea, and even flatulence, were some of the identified protocols that would have been more appropriate selections than abdominal pain. One of the best outcomes of the study was the trends that were identified that allowed for additional emphasis on not only protocol selection, but also on crucial protocol assessment questions in teaching our ECNS instructors and our nurses.

Q3. As you suggest in the article, "accuracy and safety" assurances are paramount in promoting nurse triage and reducing EMS resource use. How do you overcome that obstacle (in addition to the research that might not reach a significant number of the intended audience)? When teaching the new ECNs, we have found that it is essential to offer them the science and data behind the protocols.

Q4. In research, you have the advantage of deliberating over the findings of a recorded call between patient and ECN and, according to the study, you used the findings to develop educational material. Is this same material available to agencies outside those included in the study? Briefly describe the material developed from the study. After identifying the trends associated with the nurse selecting the incorrect protocol, as well as with the nurse's premature exit during a protocol assessment questioning area, an Instructor Recertification Workshop was conducted to not only share the results of the study, but to also review essential points in using the ECNS. This included discussion on pathophysiology and the importance of using critical thinking on the part of the nurses.

Q5. Did the study lead to changes in ECNS? If so, describe the revisions. The changes that occurred were captured in teaching and did not require changes to any protocols.

Q6. The medical, fire, and police protocols rely on Proposals for Change (PFCs) to elicit user feedback and recommended changes. What is the system ECNS employs to include user feedback and recommendations? The same process exists for the ECNS. We count on our client agencies to identify issues and suggest remedies. The PFC process and the ECNS Council of Standards help to make the ECNS a useful, relevant, current, and accurate telephonic assessment tool.

Q7. Other areas of research you are conducting and considering for ECNS? One of the most important things that we are looking at is assessing the outcomes of patients and agencies using the ECNS. One such study that is awaiting formal approval of the IRB is a study looking at outcomes across the country of Austria. Prior to the Austrian implementation, specific patient outcome data has been unavailable because there was not a way to access patient final dispositions. Due to the national implementation and data available in Austria, a meaningful patient outcomes study appears to now be possible. Another area of inquiry is to answer the question, "What are the most essential requirements for users of the ECNS when calltaking?" For example, we at PSI believe, based on empirical and anecdotal evidence, that nurses with acute care experience in settings such as emergency departments perform more in alignment with the IAED™ Performance Standards than ECNs lacking this background. Studies looking at which clinical calltaker characteristics and experiences are associated with higher IAED Performance Standards compliance and better patient outcomes (if possible to ascertain) would assist the IAED in guiding agencies in hiring the most likely employee candidates who will be successful in the ECNS role. The ECNS has been used as a second-tier medical telephonic triage tool (calls going to the nurse after being processed by ProQA® in the 911 environment) as well as in a direct dial nurse health line setting. A third study area will compare outcomes between agencies using the ECNS in an emergency medical services environment and the use of the ECNS in agencies with direct nurse health lines.

Q8. What are your recommendations for ECNS users considering a research project (how to get started, who to contact, and choosing a research topic, for example)? AQUA® reports, agency experiences, and employee queries are common areas for topic identification. One of the newest reports that is becoming available to ECNS agencies is the ECNS Master Analysis Report. This report will assist agencies in identifying even more data, such as frequency of all protocols selected, call length time, and dispositions reached, among others.

Q9. In your opinion, does ECNS benefit the nursing profession, such as reinforcing the profession in all its modes of service delivery? Nursing is one of the most diverse of the health care professions. Nurses can specialize in education (and subcategories of education, such as diabetes education), home health, clinic nursing, school nursing, community nursing, and hospital-based nursing (with specialties in emergency department, ICU, surgery, etc.). Telephonic triage nursing is another great use of nurses in caring for the public. Many of the nurses using the ECNS have indicated that their years of clinical experience prove essential to their role in telephone triage.

Q10. Finally, your greatest satisfaction in contributing to telehealth nurse triage. Adding to the science and scope of the nursing profession is very satisfying. I have had a personal career in hospital settings as staff, administrative, and educator roles, as well as in higher education in academia as an Assistant Professor of Nursing. I have loved every role and setting that I have worked in. In my decades of emergency department nursing experience, I am familiar with low-acuity calls using ambulances for transports and using the emergency department as primary care, and the ECNS is very useful in assisting with these two issues. For me, personally, I believe in Dr. Jeff Clawson's work and strive to bolster his monumental legacy to ECC dispatch. 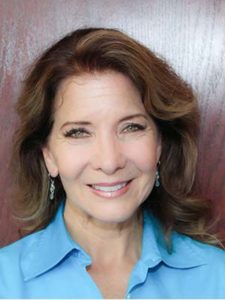 Gigi Marshall, RN, is the IAED Emergency Communication Nurse System (ECNS) program administrator and chairs the ECNS Curriculum Council. Gigi was an Emergency Department (ED) nurse for more than 20 years and functioned in ED and ICU Director roles. Ms. Marshall, taught nursing students in the academic setting for 10 years as an assistant professor of nursing and chaired the Utah Board of Nursing Curriculum Committee for much of that time. Six years ago, she decided to take on a multi-faceted role that combines her clinical and professional background into pre-hospital nurse triage.