Q and A with Author Scott Youngquist, MD

Q1. What led you to the decision to make system-wide improvements to try to improve Out-of-Hospital Cardiac Arrest (OHCA) survival in Salt Lake City?

OHCA is one of the leading causes of untimely death in North America, with approximately 400,000 OHCAs per year. This is one disease where EMS care makes a big difference in outcomes. Other EMS systems had shown that they could drive an improvement in outcomes. I thought we could emulate what others have done to optimize outcomes for OHCA victims.

But when I became the medical director of the Salt Lake City Fire Department in 2011, cardiac arrest survival had never been consistently tracked in Salt Lake City, and it had never been tracked statewide. So the first order of business was to establish a baseline. I worked with Dr. Peter Taillac, the state medical director, to implement the Centers for Disease Control Cardiac Arrest Registry to Enhance Survival (CARES) in Salt Lake City and in the entire state of Utah. I worked with local receiving hospitals to develop methods to track inpatient outcomes and figure out what our survival had been since 2008.

Q2. What are some of the unique or novel features of your intervention?

The intervention is really a bundle of best practices taken both from international guidelines and from the experience of other EMS systems. Perhaps the most unique intervention at the time was the adoption of a pit crew model for the resuscitation team, an idea that had been adopted by a few other systems at the time. This choreographed approach to resuscitation is modeled on Formula One Pit Crews and involves breaking the work of resuscitation into discrete tasks that are performed autonomously and in parallel by members of the team. It stands in contrast to the traditional model, where a team leader directs members of the team like an orchestra conductor and has to remember each step in the resuscitation algorithm: when to shock, when to check a pulse, when to change CPR providers. The pit crew approach decentralizes the resuscitation and reduces the cognitive burden of any one provider during what is a critical and stressful incident, and may be occurring at 3 AM in the middle of the street.

Another unique intervention was the adoption of CPR feedback technology, which provides real-time and offline compression metrics for providers so that they can match compression depth, rate, and chest release with guidelines—along with compression filtering technology, which allows paramedics to assess the underlying heart rhythm without stopping compressions, which reduces hands off times (times when we take our hands off the patient and are not providing CPR). I download the data from the defibrillator for each OHCA resuscitation attempt and review the compression quality and care administered. I then provide regular feedback to crews on their performance and the victim's outcome. This reduces variability in care and moves us towards a target of performing high-quality and minimally-interrupted compressions with as few errors as possible.

Q3. How important is the dispatcher's role of initiating bystander CPR instructions in the pit crew approach? In improving OHCA survival?

As the first, first responder, the dispatcher's role is incredibly important both to recognize that a potential OHCA has occurred and to direct bystanders to initiate chest compressions until EMS can arrive. This intervention is associated with an approximate doubling of survival, so coaching bystander CPR is probably one of the most important things a dispatcher does. Our bystander CPR performance is 50% in Salt Lake City, about double the national average. We owe a large portion of this bystander CPR rate to dispatcher-assisted CPR.

Q4. Did the dispatchers get an orientation to the improvements you were making prior to implementation? Can you describe how they were involved?

System-wide awareness is important both for dispatch and for the receiving hospitals where we take these patients. As the medical director for the 911 dispatch center in Salt Lake City, I work with the directors to ensure that our care is compliant with IAED standards and that they know what we are doing in the field. We are an accredited dispatch center, which requires a high degree of compliance with proven standards. I also send case outcomes to the dispatch supervisor.

OHCA is the most time-sensitive condition in medicine, a situation in which a patient is heading towards irreversible death by the second. Getting hands on the chest faster means the EMS crew is more likely to achieve a return of spontaneous circulation, and the patient is more likely to survive. The bystander becomes the first member of the resuscitation team, and we choreograph the turnover of care on arrival carefully. So, yes, the dispatcher is an important member of the pit crew.

Q5. Finally, for those interested in getting involved in research, what is your advice for getting started?

Dispatch research is in its infancy, so I say go for it! If you are interested in a research question, begin by seeing what has already been done on the topic. Bring other stakeholders into the process and work with someone who understands study design and can act as a mentor and guide.

The revised strategy included a focus on high-quality CPR with minimal interruptions, in tandem with the implementation of the 2010 recommendations from the American Heart Association (AHA) for the care of patients with OHCA.

Health data compiled from more than 190 countries show that heart disease remains the leading global cause of death, with 17.3 million deaths per year. That number is expected to increase to more than 23.6 million by 2030. Furthermore, it is estimated that each year, about 365,500 people in the United States experience OHCA, and nearly 60% of these will receive emergency medical services (EMS) treatment.

The AHA's findings indicate that earlier intervention in cases of OHCA increases the patient's chance for both survival and for a better quality of life. EMS protocols for managing patients with OHCA, however, vary widely due to legal, cultural, and socioeconomic factors. The approach taken in this study is one attempt to bring OHCA treatment in line with specific AHA recommendations that call for a chest compression rate between 100 and 120 compressions per minute, with a depth of 2-2.4 inches, while controlling ventilations with rescue breaths sufficient to make the chest rise.

The principle outcome studied was the proportion of patients achieving functional survival following OHCA before and after the new system was implemented. Functional survival is an important metric because it means that the patient did not just survive; he or she survived with all or most neurological function intact and was able to return to most activities of daily life.

The study focused on several OHCA outcomes, including improved CPR quality, a simplified medication algorithm, and EMS crew training. The training was modeled on Formula One pit crews that use a choreographed approach to task completion, with tasks completed in parallel with virtual autonomy. In other words, each member of the paramedic team is assigned a specific task and completes that task continuously and without direct oversight, rather than having a single "conductor" manage a team of people trying to do many things at once.

The "before" data was collected during the period between September 1, 2008, when SLCFD adopted its electronic patient care record system, through September 30, 2011, when the new pit crew approach was adopted. This was compared to outcomes following the adoption of the new system, collected between October 1, 2011 and December 31, 2014.

Importantly, patient demographics and resuscitation variables were similar between the "before" and "after" groups, meaning that the two could be directly compared.

During the "before" period, SLCFD attended 918 cardiac arrests, attempting resuscitation in 330 (36%), resulting in 25 neurologically-intact survivors (8%). During the "after" period, when the new approach was implemented, SLCFD attended 1057 cardiac arrests, of which 407 (39%) resuscitations were attempted, resulting in 65 neurologically intact survivors (16%)—a doubling of the functional survival rate. Both bystander CPR rates and the rate of return of spontaneous circulation (ROSC) in the field were improved during the intervention period as well.

Because multiple interventions were adopted at the same time, the authors found it "impossible to identify the components responsible for the observed increase in survival"—in other words, they could not say which of the specific elements of the new approach were responsible for the improvements. However, they did point out the importance of basic life support (BLS)-level interventions, improvements in the quality of CPR, and rapid defibrillation as most likely to improve cardiac arrest survival.

Survival from OHCA varies by community and by EMS system, depending in part on whether CPR is provided immediately by someone nearby (a bystander). When CPR is performed in the first few minutes of cardiac arrest, before EMS arrival, the patient's chance of survival is doubled or tripled compared to a patient who did not receive bystander CPR. According to one study, the 30-day survival rate was 10.5% among patients who underwent CPR before EMS arrival, as compared with 4.0% among those who did not.

Like their paramedic colleagues, dispatchers are central to cardiac arrest survival improvement. Getting "hands on chest" as quickly as possible is critically important. EMDs using the Medical Priority Dispatch System (MPDS) "Fast Track" path to CPR instructions directly from case entry—available in version 13.0—can help ensure that patients receive CPR as soon as possible following a cardiac arrest event. This keeps dispatchers in line with AHA recommendations to reduce the time from discovery of OHCA to getting "hands on chest," or starting chest compressions.

The study reviewed here does not mention dispatchers directly. However, SLCFD's associated dispatch center (the Salt Lake City 911 Communications Bureau) is a long-time user of the MPDS, and its EMDs do instruct callers in bystander CPR.

It is our recommendation that future studies consider the role of the dispatcher more directly, especially the potential for dispatcher-assisted CPR to improve OHCA outcomes. 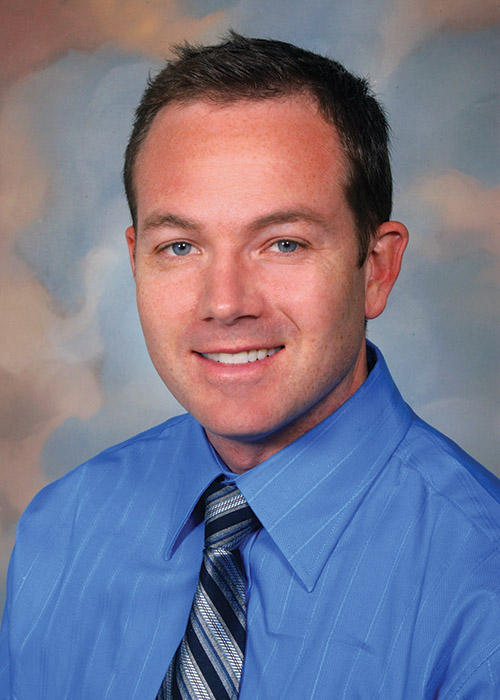 Originally from St. Paul, Minnesota, he received a Bachelor's of Arts in Humanities and English from Brigham Young University, completed medical school at the UCLA School of Medicine, and completed an emergency medicine residency at Harbor-UCLA Medical Center. Following residency, Dr. Youngquist completed a two-year fellowship in EMS and Disaster Medicine Research with the Los Angeles County Emergency Medical Services Agency, during which time he served as medical director for the J. Michael Criley Paramedic Training Institute and completed a Master's in Epidemiology at the UCLA School of Public Health. His research interests include out-of-hospital cardiac arrest and prehospital medicine. Dr. Youngquist serves as the medical director for the Salt Lake City Fire Department, the Salt Lake City Airport Dispatch Center, the Utah Air National Guard, and the University of Utah/SLCFD Paramedic School.