Q and A with Author Rich Lindfors

Q1. When did you begin researching issues related to the profession?

Unofficially, I began many years before becoming official. Officially speaking, I have been a researcher since 2017. In my role, research enabled me to revamp, customize, launch, and optimize process improvement initiatives and programs to maximize operational performance and enhance customer service.

Q2. What started you along the research and process improvement path?

I took a new role within my organization in 2017, which requires me to research many aspects of not only the 911 center but our EMS system as well (as mentioned in the first answer). I saw an advertisement in the Journal of Emergency Dispatch and signed up for the research workshop at NAVIGATOR 2017 in New Orleans, Louisiana (USA).

Q3. Has research influenced your career, and to what extent?

Being a researcher has broadened my perspective for my current role and in my personal life. Foundations learned in the workshop have helped me in my career and as a university student. Data developed through my research provides more concrete evidence for my role with the Richmond Ambulance Authority.

In a study published in the Annals of Emergency Dispatch & Response ("Emergency Medical Dispatch Identification of Opioid Overdose and Frequency of Naloxone Administration on Scene"), we looked at how opioid overdoses are initially reported to 911 to improve identification of opioid overdose and inform dispatch protocol development. During the process, we identified a question not in Protocol 23: Overdose/Poisoning (Ingestion) that led to the change of the protocol. We proposed adding a Key Question referencing Narcan® , similar to the question in Protocol 2: Allergies (Reactions)/Envenomations (Stings, Bites) in which the EMD asks about the availability of specific injections or medications to treat this type of reaction.

Q5. What are your primary research interests?

My other area of interest is presenting case study writing to the medics of the world. Medics will approach me about an interesting case they were part of, and we will then work together to present the case and areas for improvement and alternative treatments.

Q6. Define collaboration—how do you assemble an effective research team?

Putting together a successful team is placing those who have similar interests coupled with similar questions and ultimately leading to the overall success of the project. Sometimes these individuals will approach me; other times, they will come on board because they heard I was working on a particular area of interest for them. 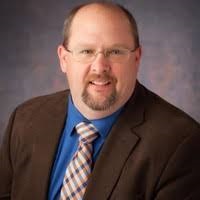 Richard is a seasoned quality improvement manager with 23+ years of organizational leadership and communications experience in the medical services sector. He is the Total Quality Improvement Manager with Richmond Ambulance Authority (RAA). In that role, he optimizes process improvement initiatives and programs to maximize operational performance and enhance customer service. Prior to his current position, he was Communications Supervisor at RAA. He started his emergency services career as an RAA Paramedic/System Status Controller (1996-2004) followed by nearly three years as a Paramedic for the Rural/Metro Corporation. He has innumerable licenses and certifications, including EMD-Q and EMD Instructor and his research continues to gain a wider audience.