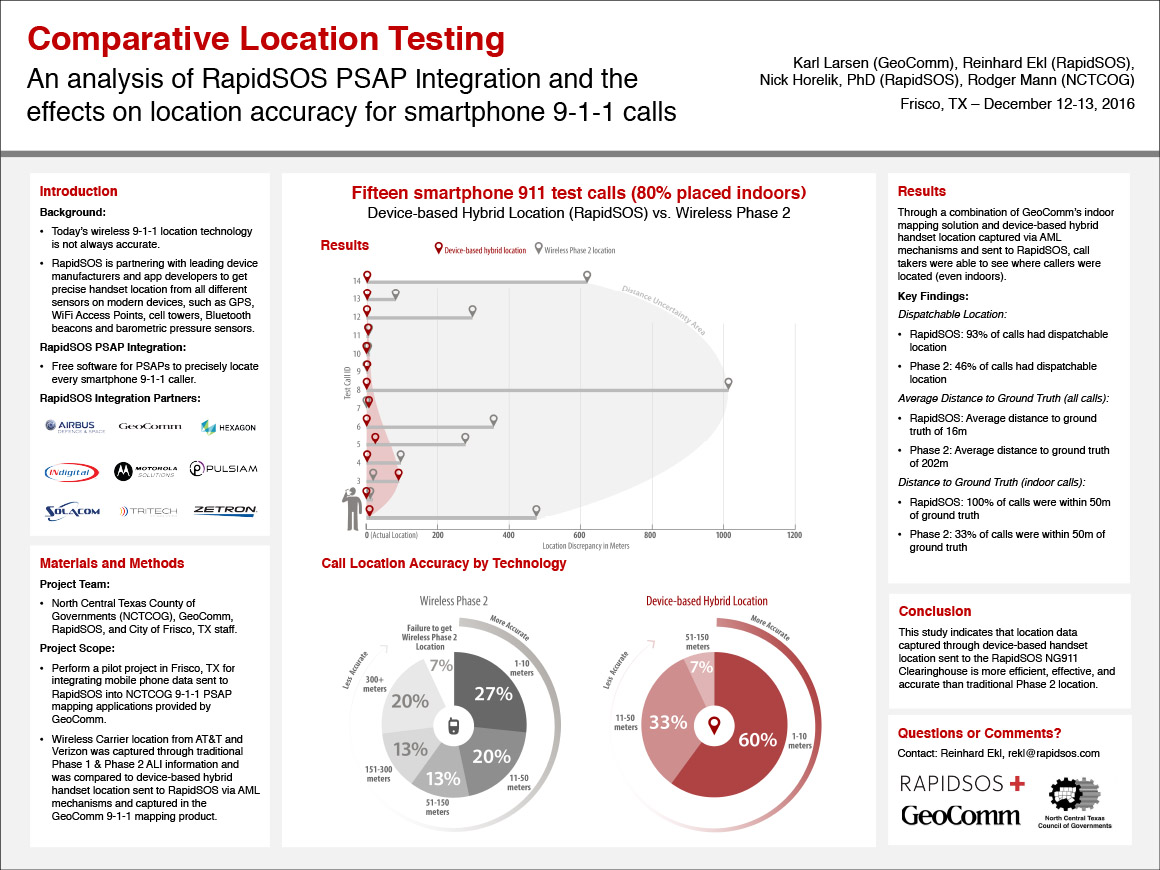 Introduction: Today's wireless 911 location technology is not always precise. As people move away from using landline phones, more and more calls to 911 are being placed from mobile phones, even indoors. In fact, over 70% of 911 calls today are made from mobile phones according, to the FCC. As such, the need exists to improve location accuracy for mobile 911 calls in order to provide fast and reliable 911 response.

Objective: The objective of this study was to evaluate a potential improvement in wireless 911 location technology by performing a pilot test comparing an existing wireless Phase 2 system to a device-based hybrid location system.

Methods: The project team, consisting of NCTCOG, GeoComm, RapidSOS and City of Frisco, TX staff, performed comparative location testing in Frisco, TX in December 2016 with 15 test calls to Frisco 911. Wireless Carrier location from AT&T and Verizon was captured through traditional wireless location mechanisms (Phase 1 and Phase 2 ALI information). In parallel, device-based hybrid handset location was sent to RapidSOS throughout the 911 call via AML mechanisms and captured in the GeoComm 911 mapping product.

7 out of 15 test calls had dispatchable location obtained from Wireless Carrier location system.

For 9 out of 10 locations where indoor mapping was available, the location was plotted inside the correct room.

Conclusion: This study indicates that location data captured through device-based handset location sent to the RapidSOS NG911 Clearinghouse is more efficient, effective, and accurate than traditional Phase 2 location. In all test scenarios, device-based hybrid location was available by the time traditional Wireless Phase 1 information came in, and the caller location was on average more accurate than traditional Wireless Phase 2 mapping efforts.