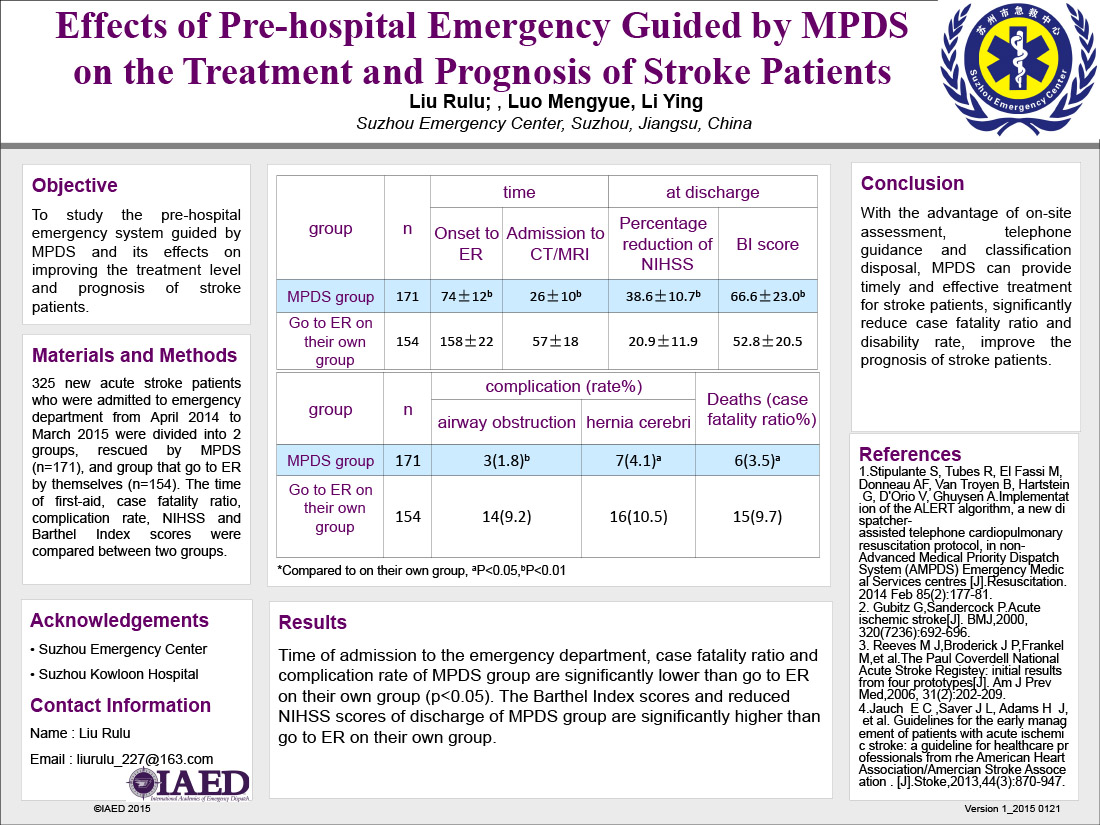 Objective: To study the prehospital emergency system guided by MPDS and its effects on improving the treatment level and prognosis of stroke patients.

Methods: 325 new acute stroke patients who were admitted to emergency department from April 2014 to March 2015 were divided into 2 groups: those rescued by MPDS (n=171), and those that went to the ER by themselves (n=154). The time of first aid, case fatality ratio, complication rate, National Institutes of Health Stroke Scale (NIHSS) and Barthel Index scores were compared between the two groups.

Conclusion: With the advantage of on-site assessment, telephone guidance, and classification disposal, the MPDS can provide timely and effective treatment for stroke patients, significantly reduce case fatality ratio and disability rate, and improve the prognosis of stroke patients.