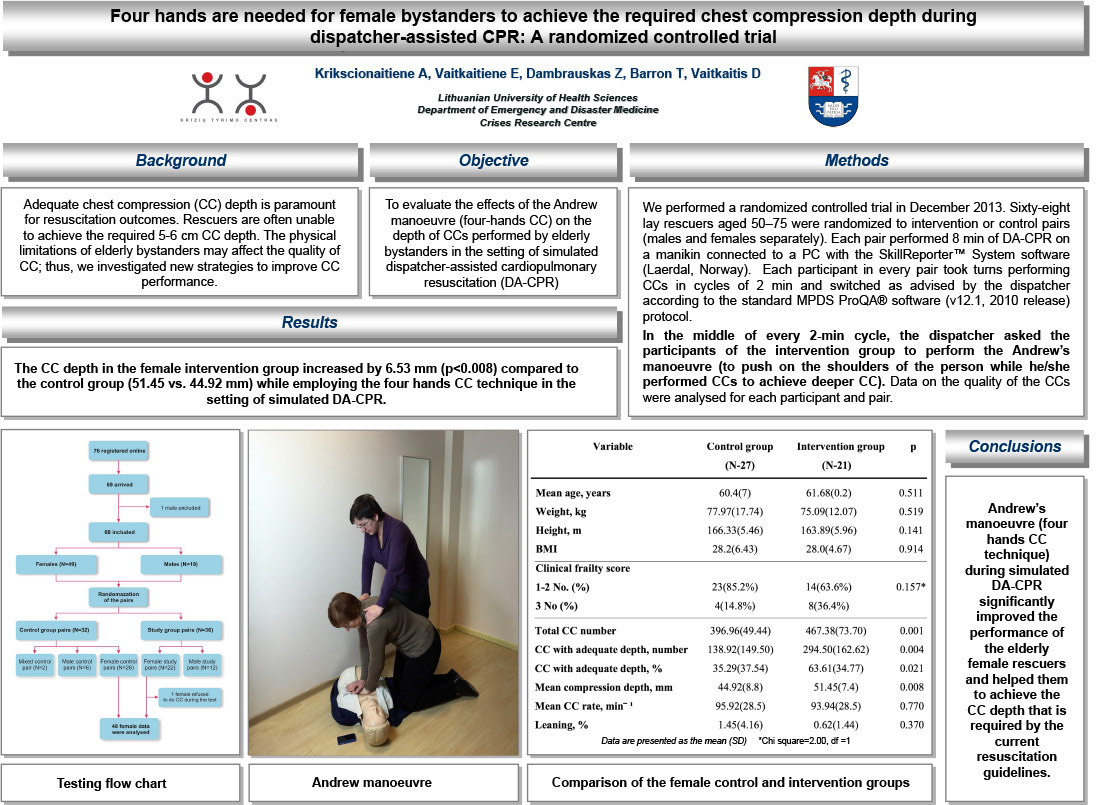 Objective: To evaluate the effects of the Andrew Maneuver (four-hands CC) on the depth of CCs performed by elderly bystanders in the setting of simulated dispatcher-assisted cardiopulmonary resuscitation (DA-CPR).

Methods: A randomized controlled trial conducted in December 2013. Sixty-eight lay rescuers aged 50–75 were randomized to intervention or control pairs (males and females separately). Each pair performed 8 min of DA-CPR on a manikin connected to a computer with the SkillReporter™ System software (Laerdal, Norway). Each participant in every pair took turns performing CCs in cycles of 2 min and switched as advised by the dispatcher. In the middle of every 2-min cycle, the dispatcher asked the participants of the intervention group to perform the Andrew's maneuver (to push on the shoulders of the person while he/she performed CCs to achieve deeper CC). Data on the quality of the CCs were analyzed for each participant and pair.

Conclusion: Andrew's Maneuver (four-hands CC) during the simulated DA-CPR significantly improved the performance of elderly female rescuers and helped them to achieve the required CC depth.