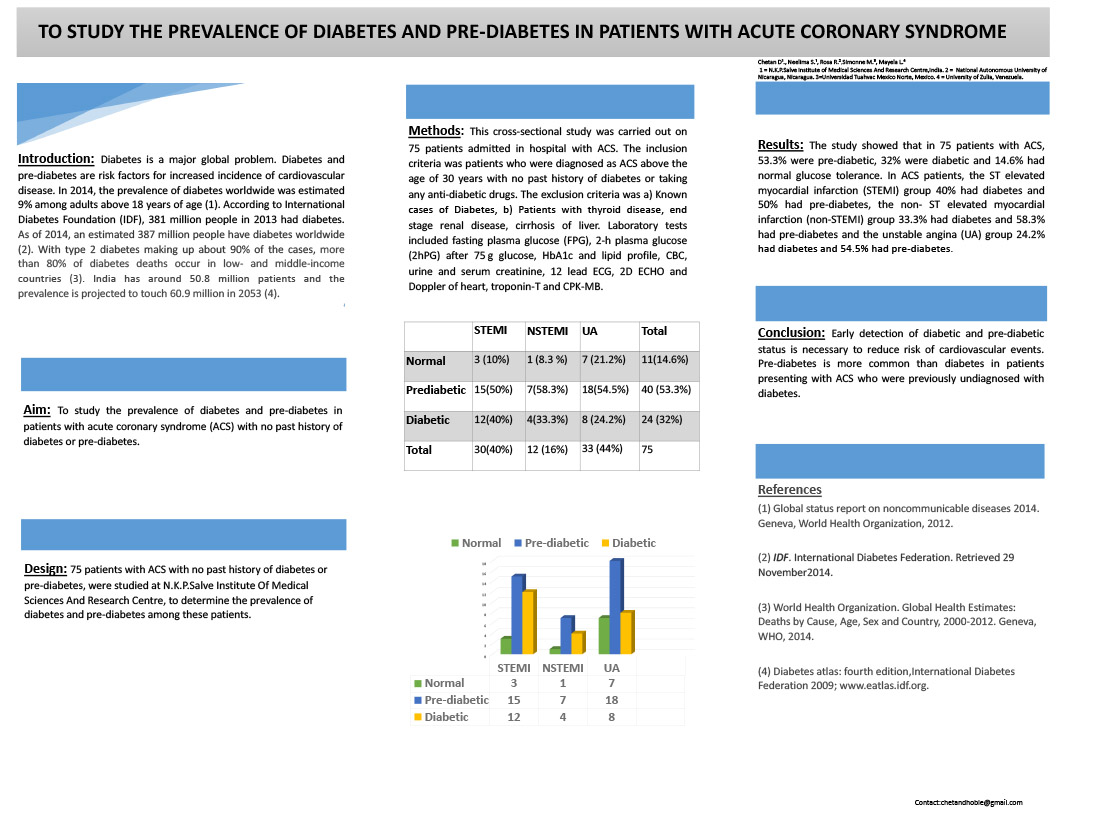 Introduction: Diabetes is a major global problem. Diabetes and pre-diabetes are risk factors for increased incidence of cardiovascular disease. In 2014, the prevalence of diabetes worldwide was estimated at 9% among adults above 18 years of age. According to International Diabetes Foundation (IDF), 381 million people in 2013 had diabetes.

Objective: To study the prevalence of diabetes and pre-diabetes in patients with acute coronary syndrome (ACS).

Conclusion: Early detection of diabetic and pre-diabetic status is necessary to reduce risk of cardiovascular events. Pre-diabetes is more common than diabetes in patients presenting with ACS who were previously undiagnosed with diabetes. Further research should evaluate the impact of the prevalence of these conditions on prehospital dispatching and emergency medical services.