Q AND A WITH AUTHOR Marc Gay

It didn't take much time for Jeff Clawson, M.D., to connect the dots between Marc Gay's contributions to resuscitation science and the Dispatch Life Support (DSL) tools central to the International Academies of Emergency Dispatch® (IAED™) Protocols.

That was more than 25 years ago, and Marc's involvement since 1992 has included several leadership positions, culminating this year with his nomination as chair of the IAED Council of Research. It hasn't been a hard sell on either side.

"Let's face it," Marc said, "this guy named Jeff Clawson revolutionized the world with his medical dispatch system. It was systematic and science based."

Marc's emergency medical services (EMS) career is extensive. He worked for the EMS system in Montreal, Urgences-Santé (Canada) for 23 years (1983-2006), the first 9 years as a paramedic and field supervisor, and the last 14 as a manager in the communication center. From 2006-2015, he was the Executive Director for Centre de Communication Santé Estrie, an EMS dispatch denter in Sherbrooke, Quebec (Canada).

Research has also long been an interest of Marc's. Among many other involvements in the research community, from 1996 to 2003, he chaired the Emergency Cardiac Care Committee for the Heart and Stroke Foundation of Canada and was a member of the AHA Basic Life Support committee for that same period. Since 1996, he's on the Board of Directors for the Citizen CPR Foundation (CCPRF) whose mission it is to save lives from sudden cardiac arrest by stimulating effective community, professional, and citizen action.

He now spends his time as an international instructor and management consultant to bring dispatch centers to high levels of achievement and excellence in serving the public.

Following is an interview with Marc about his research interests and long association with the Academy.

Q1. What sparked your interest in research?

I was an orderly in the emergency room of a hospital in Gatineau, Quebec while working toward a bachelor's degree in psychology from the University of Ottawa. It was a very enlightening experience. The work these doctors performed in very trying situations absolutely fascinated me. After earning my degree, I took a paramedic course. I became a CPR instructor. These experiences showed me the urgency of treating patients of stroke and cardiac arrest, and the importance of research to increase survivability.

Research was the key in changing the course of events. I started reading academic articles about resuscitation. I got involved in the local heart and stroke association and asked to chair a committee involving resuscitation. I sat on a national committee, and was soon the chair. From there, I was collaborating with the American Heart Association (AHA) and the International Liaison Committee on Resuscitation (ILCOR). I was always an avid reader of the Resuscitation science and suddenly I'm sitting on an ILCOR committee. It was a dream come true. All of these top world researchers were my idols and mentors. However, let me clarify. I am not a true researcher. I don't conduct research. I am more of a reader of the literature and, over the years, I've accumulated a vast library comprising on thousands of articles.

Q2. How did you get involved in IAED?

In 1985, 911 was introduced in Montreal and, at the start, only licensed nurses could work as emergency calltakers. The philosophy was good, but their calls tended to take a little longer, as they were also giving nursing advice to callers. They answered calls and gave advice based on their experience and knowledge. A major incident led to a recommendation to separate emergency calls from non-emergency calls and to find a system that could work in multiple situations and provide the same standard of care no matter the situation. On December 6, 1989 a single shooter killed 14 women and wounded 12 others at the École Polytechnique of Montréal. I was scene commander for the incident. The EMS system started looking around the world and found Medical Priority Consultants (original name for Priority Dispatch Corp™). The protocol grabbed my interest and, eventually, I found myself more and more involved in both the Academy and its processes.

At this same time, Marie Leroux (President, IAED College of Fellows) was a nurse taking calls and when Montreal decided to go with the Medical Priority Dispatch System™ (MPDS®), Marie and I were asked to be part of the implementation team, and that's where it started. I was without any inclination how the system (the MPDS) would eventually affect my career.

I became an instructor in 1992, helped draft the Twenty Points of Accreditation, and chaired the Board of Accreditation (1996-2001). I have an original copy of the Principles of Emergency Medical Dispatch, which I had Dr. Clawson autograph.

Q3. What are some of the challenges you foresee in running the IAED Council of Research?

I don't know if I look at this in terms of challenges. My predecessor, Tracey Barron, did an incredible job, and my goal is to continue some of the Council's established priorities, while also making sure we stay on the forefront of investigating issues in emergency dispatch. She left the position and, because of my interests, it was the perfect fit.

With that said, I look forward to further establishing and promoting a collegial, research-based culture that welcomes the expertise of many disciplines. We can do this through the creation of standing committees, task forces, and subgroups that reach out to other organizations for advice and partnership and, of course, through collaboration with the Academy's Research group.

Along these same lines, the Council must formulate a plan that inspires research among all our members. This is not a new focus, but one that continues to be a primary goal that I'd like to intensify through development of strategies to encourage our users.

Participation by all Council members is also high on my list. I plan to chair a monthly conference call to discuss progress in fulfilling goals of the Academy and, through these regularly scheduled discussions, solicit Council participation in three recently established subcommittees: Research Project Oversight, Commercial and Private Grant Submissions, and Education and Outreach. As you can see, a big push involves engaging more people. Together, we can continue to strengthen the scientific basis of the Protocol.

My personal bias is medical, but I plan to be very open and encourage research into police and fire issues. As Council member and OnStar Medical Director Paul Stiegler, MD, said, "We should always conduct research that involves patient outcome – look at patient care, and we can always extrapolate the information for police and fire. It's all about the outcome. What we're doing, is it any good for the patient?"

And that applies to health, fire, and police. 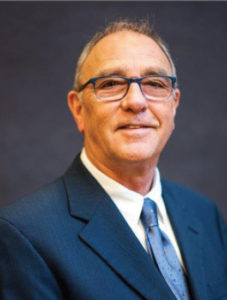 Marc Gay is one of the world's foremost experts on CPR and resuscitation. He became a CPR instructor and a member of the Canadian Heart and Stroke Foundation in the early 1980s, then became a member of the Emergency Cardiac Care and CPR Committee, of which he eventually became the chair. Later Marc began participating in CPR guidelines research with the International Liaison Committee on CPR and Resuscitation. He got involved with IAED in the early 2000s, where he is now a member of the College of Fellows and Chair of the IAED's Council of Research.