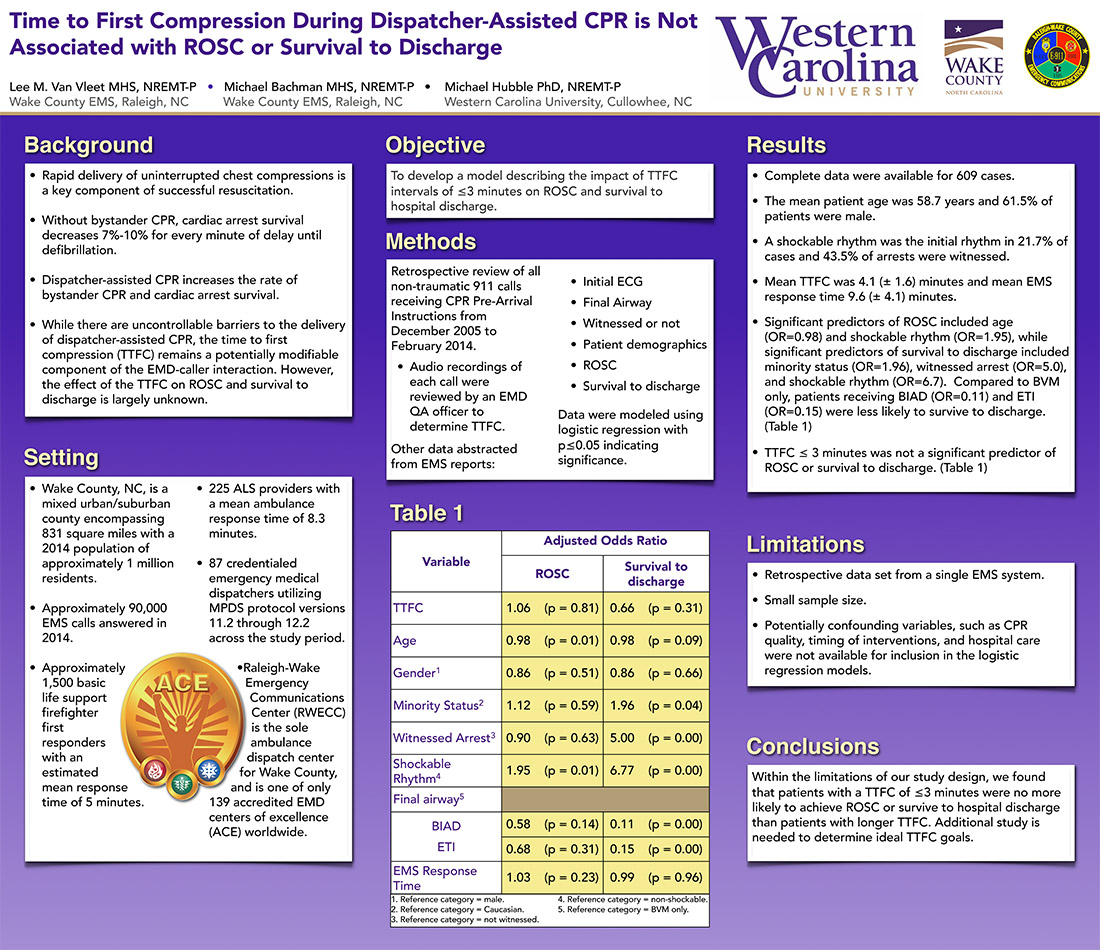 Introduction: Bystander Cardiopulmonary Resuscitation (CPR) has been recognized as a critical component in the survival of out-of-hospital cardiac arrest (OHCA); likewise, time is a factor in the effectiveness of CPR. Pre-arrival instructions (PAIs) for CPR performance by Emergency Medical Dispatchers (EMDs) increase the rate of bystander CPR and OHCA survival. While uncontrollable barriers to PAIs delivery exists, time to first compression (TTFC) remains a modifiable component of the EMD-caller interaction.

Objective: To develop a model describing the impact of TTFC intervals of ≤3 minutes on Return Of Spontaneous Circulation (ROSC) and survival to hospital discharge.

Conclusion: Within the limitations of our study design, we found that patients with a TTFC of ≤3 minutes were no more likely to achieve ROSC or survive to hospital discharge than patients with longer TTFC. Additional study should determine ideal TTFC goals.