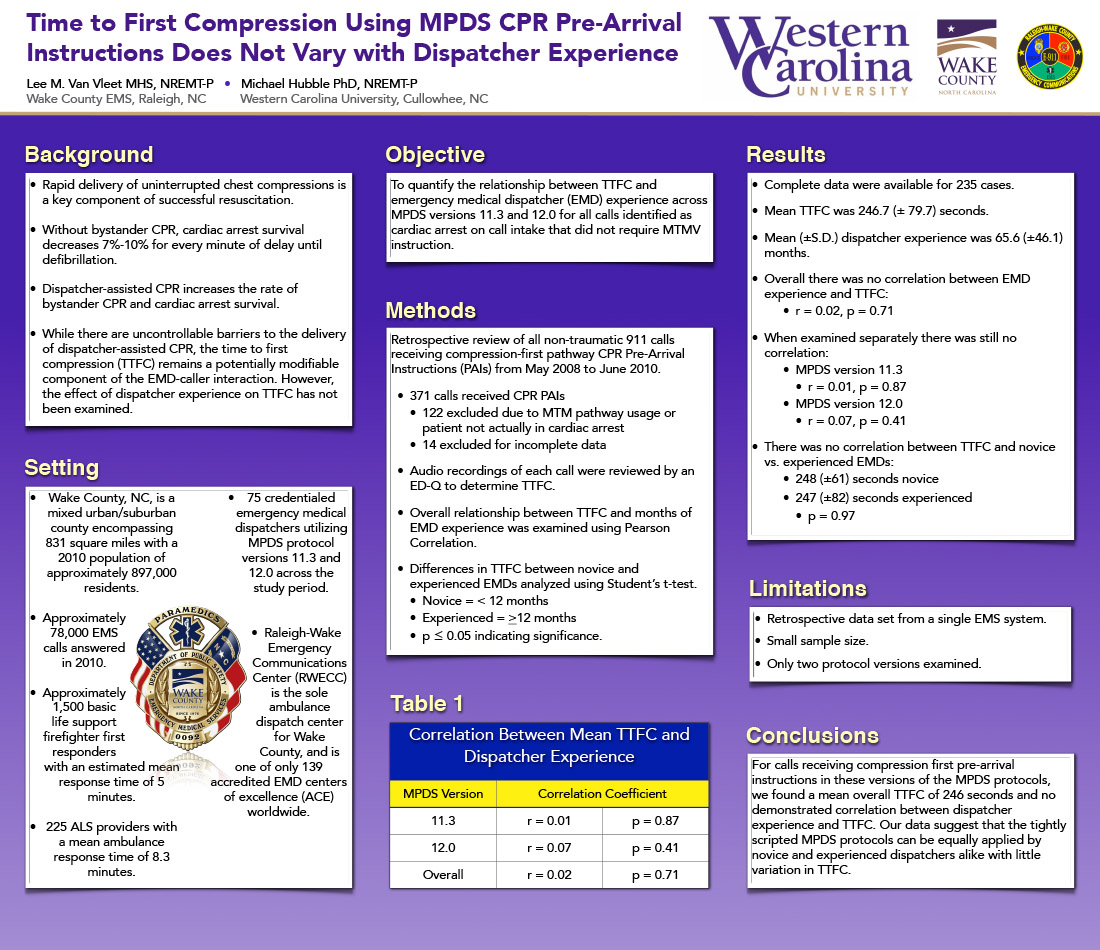 Introduction: In the absence of bystander Cardiopulmonary Resuscitation (CPR), cardiac arrest survival decreases 7%-10% for every minute of delay until defibrillation. Dispatcher-assisted CPR (D-CPR) increase rates of bystander CPR and cardiac arrest survival, with chest compressions recognized as the most important component of bystander CPR. To facilitate rapid delivery of chest compressions, the Medical Priority Dispatch System (MPDS™) altered instructions for mouth-tomouth ventilation (MTMV) and removed pulse-check, plus other minor changes to the D-CPR pre-arrival instructions. However, factors beyond D-CPR algorithm that may affect time to first compression (TTFC), such as dispatcher experience, have not yet been evaluated.

Objective: To quantify the relationship between TTFC and emergency medical dispatcher (EMD) experience across MPDS protocol versions 11.3 and 12.0 for all identified as cardiac arrests that did not require MTMV instruction.

Methods: Audio recordings of all calls to a mixed urban/ suburban EMS system receiving D- CPR instructions between May 2008 and June 2010 were reviewed to determine TTFC. The overall relationship between TTFC and months of EMD experience was analyzed using Pearson correlation. Differences in TTFC between novice (12 months experience or less) and experienced (greater than 12 months) EMDs were compared using Student's t-test.

Conclusions: For calls receiving compression first D-CPR instructions in these MPDS versions, the mean overall TTFC was 246 seconds, with no correlation with dispatcher experience. Our data suggest that the tightly scripted MPDS protocols can be equally applied by novice and experienced dispatchers alike with little variation in TTFC.