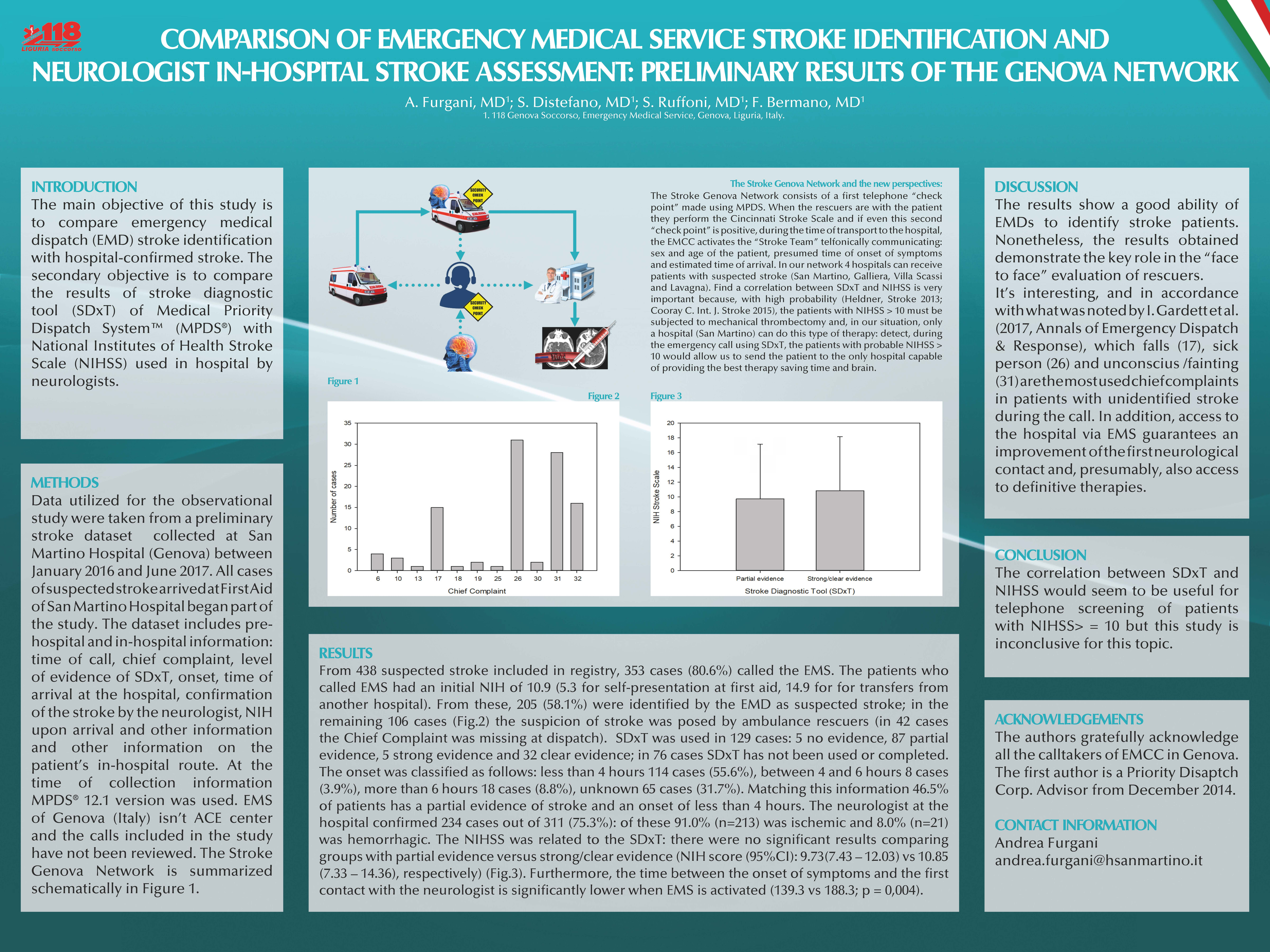 OBJECTIVE: The main objective of this study was to compare emergency medical dispatch (EMD) stroke identification with hospital-confirmed stroke. The secondary objective was to compare the results of stroke diagnostic tool (SDxT) of Medical Priority Dispatch System™ (MPDS®) with National Institutes of Health Stroke Scale (NIHSS) used in hospital by neurologists.

METHODS: Data utilized for the observational study were taken from a preliminary stroke dataset collected at San Martino Hospital (Genova) between January 2016 and June 2017. All cases of suspected stroke arrived at First Aid began part of the study. Emergency Communications Center (ECC) of Genova (Italy) isn't an Accredited Center of Excellence (ACE) center (by the International Academies of Emergency Dispatch, Salt Lake City, Utah, USA). Genova runs at moderate compliance rates to the Protocols, but the calls included in the study have not been reviewed—for quality assurance.

CONCLUSIONS: The results show an excellent ability of EMDs to identify stroke patients, corroborating the importance of further "face to face" assessment by ambulance rescuers. The correlation between SDxT and NIHSS would seem to be useful for telephone screening of patients with NIHSS> = 10 but this study is inconclusive for this topic.