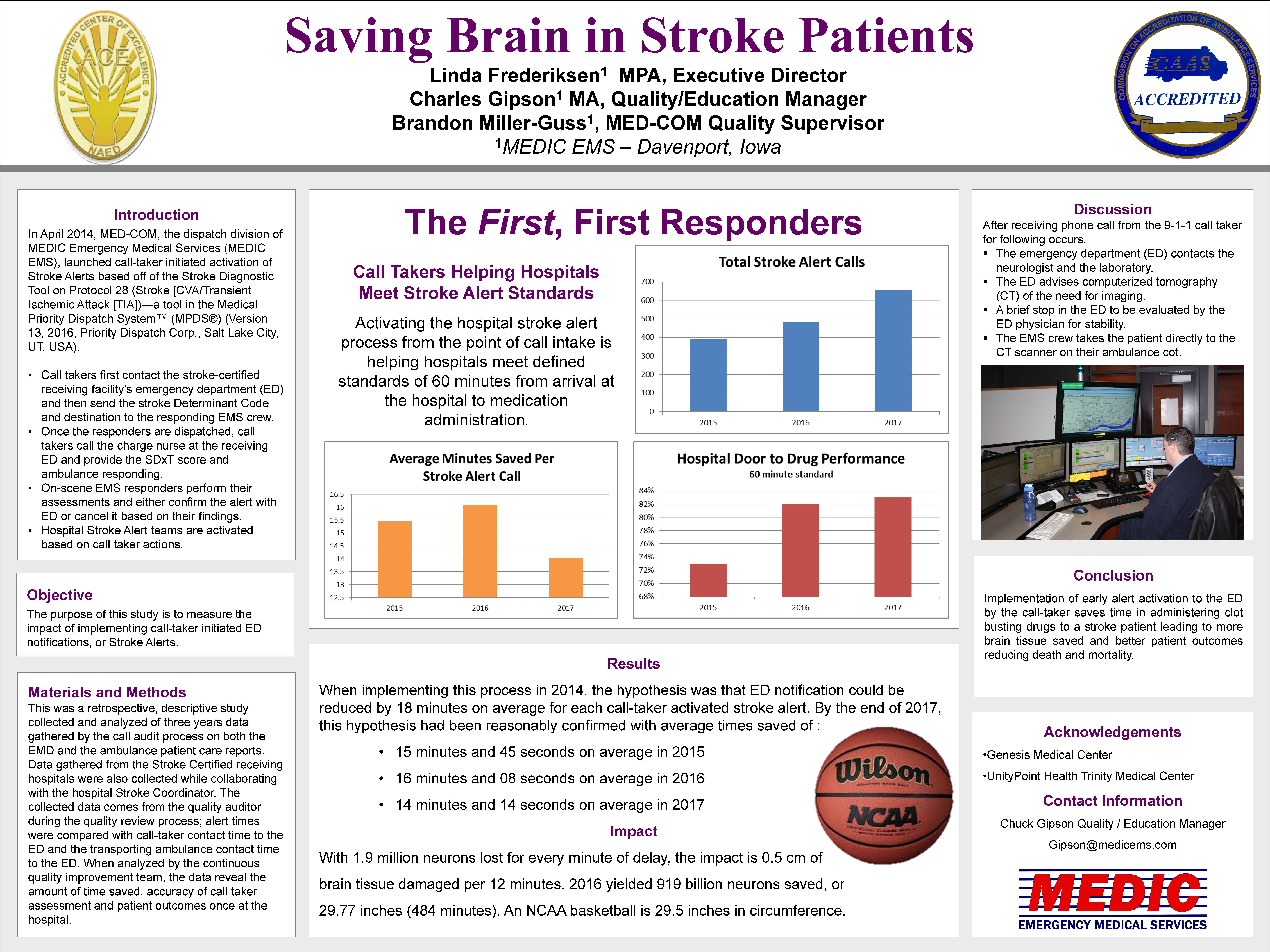 Objective: The goal of the study was to assess the stroke alerts process and determine if it significantly reduced the amount of time from ambulance arrival to the patient receiving a tissue plasminogen activator (tPa) treatment.

Methods: Once the determinant code is assigned and the crew is activated, the call-taker contacts the charge nurse at the receiving facility to activate the stroke alert and provides an estimated time of arrival (ETA). Once the ambulance crew arrives on scene and completes their assessment, they confirm or cancel the alert. Causes for cancellation are many and include assessments that a call-taker is not able to see in a nonvisual environment such as a low blood sugar, intoxication, Bell's Palsy, or the symptoms may resolve prior to their arrival.

The emergency department (ED) contacts the neurologist, the laboratory, and if the patient needs imaging, advises computerized tomography (CT). After a brief stop in the emergency room to be evaluated by the ED physician, the EMS crew takes the patient directly to the CT scanner on their ambulance cot.

Data were gathered by regular quality assurance and call auditing processes. Dispatch data was confirmed with EMS-confirmed alerts and hospital results under the direction of neurological quality committees.

Conclusions: As the first, first responders, call-takers used the Stroke Diagnostic Tool as the first stroke assessment and provided their assessment by alert to receiving hospitals and EMS responders. Time was saved, making a difference in receiving facilities meetings their goals of door-to-balloon time and patients experiences better outcomes including reduced mortality and death.