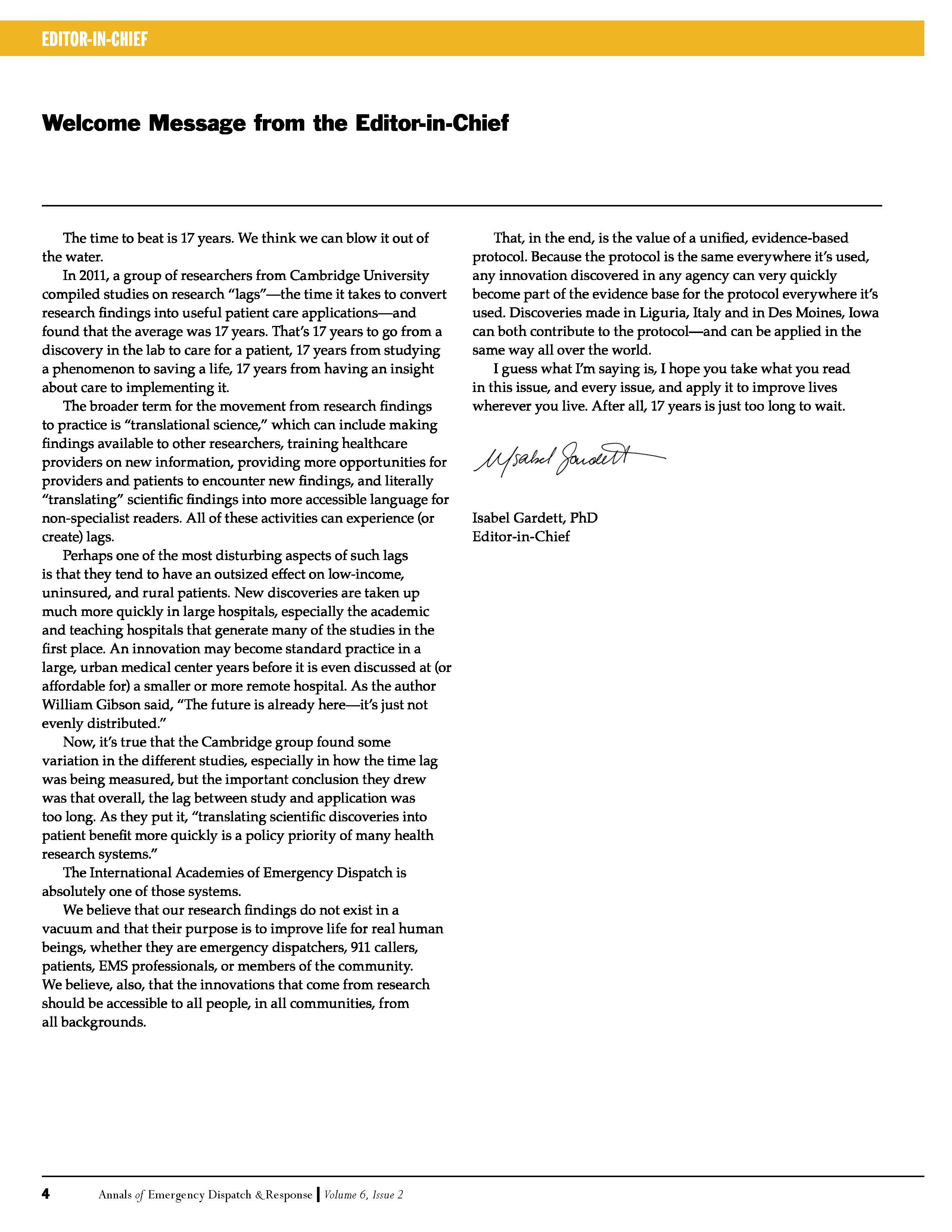 The time to beat is 17 years. We think we can blow it out of the water.

In 2011, a group of researchers from Cambridge University compiled studies on research "lags"—the time it takes to convert research findings into useful patient care applications—and found that the average was 17 years. That's 17 years to go from a discovery in the lab to care for a patient, 17 years from studying a phenomenon to saving a life, 17 years from having an insight about care to implementing it.

The broader term for the movement from research findings to practice is "translational science," which can include making findings available to other researchers, training healthcare providers on new information, providing more opportunities for providers and patients to encounter new findings, and literally "translating" scientific findings into more accessible language for non-specialist readers. All of these activities can experience (or create) lags.

Perhaps one of the most disturbing aspects of such lags is that they tend to have an outsized effect on low-income, uninsured, and rural patients. New discoveries are taken up much more quickly in large hospitals, especially the academic and teaching hospitals that generate many of the studies in the first place. An innovation may become standard practice in a large, urban medical center years before it is even discussed at (or affordable for) a smaller or more remote hospital. As the author William Gibson said, "The future is already here—it's just not evenly distributed."

Now, it's true that the Cambridge group found some variation in the different studies, especially in how the time lag was being measured, but the important conclusion they drew was that overall, the lag between study and application was too long. As they put it, "translating scientific discoveries into patient benefit more quickly is a policy priority of many health research systems."

The International Academies of Emergency Dispatch is absolutely one of those systems.

We believe that our research findings do not exist in a vacuum and that their purpose is to improve life for real human beings, whether they are emergency dispatchers, 911 callers, patients, EMS professionals, or members of the community. We believe, also, that the innovations that come from research should be accessible to all people, in all communities, from all backgrounds.

I guess what I'm saying is, I hope you take what you read in this issue, and every issue, and apply it to improve lives wherever you live. After all, 17 years is just too long to wait.