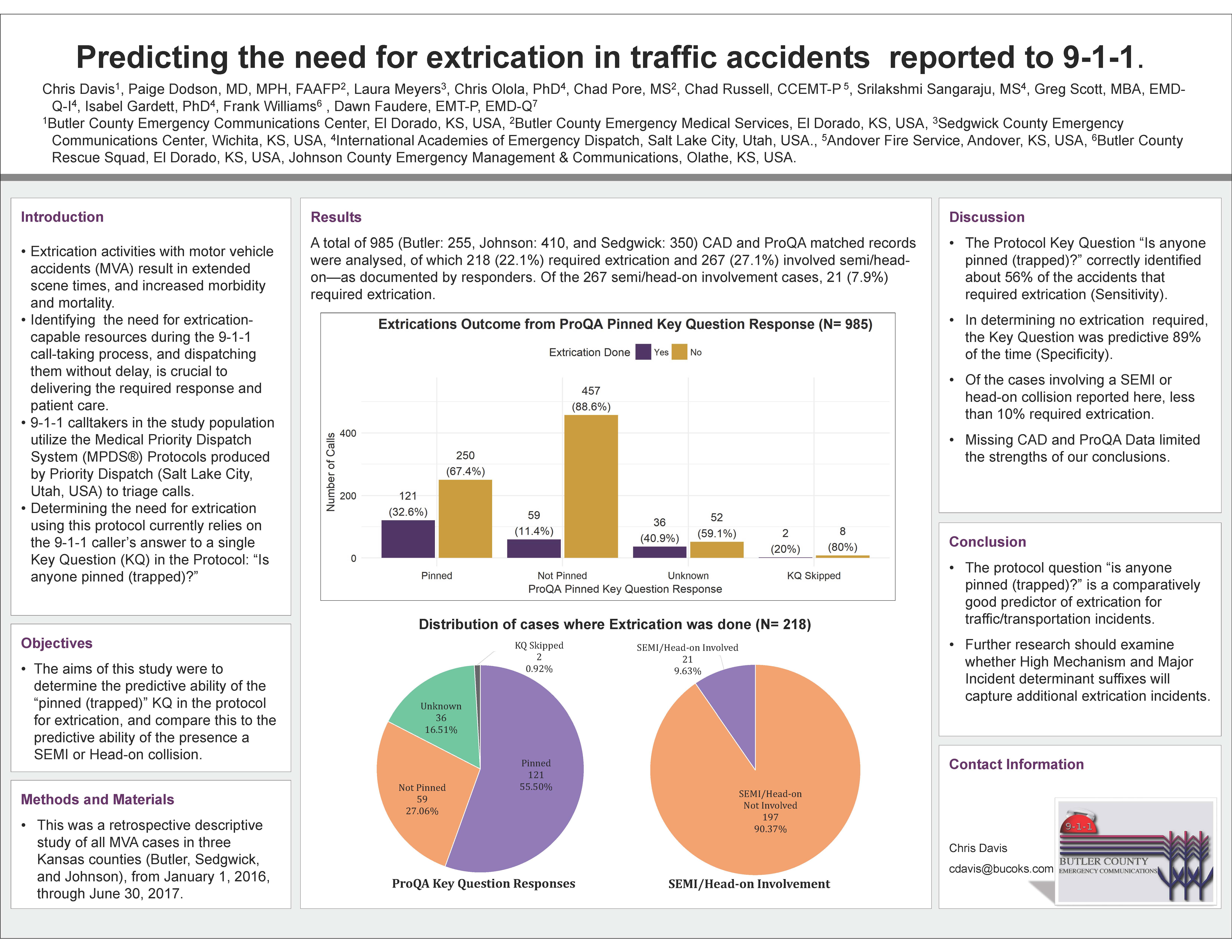 Introduction: Extrication activities at the scene of motor vehicle accidents (MVA) result in extended scene times, and increase morbidity and mortality. Identifying the need for extrication-capable resources during the 9-1-1 call-taking process, and dispatching them without delay, is crucial to delivering the required response and patient care. Determining the need for extrication using this protocol currently relies on the 9-1-1 caller's answer to a single key question in the protocol: "Is anyone pinned (trapped)?"

Conclusions: The protocol key question "is anyone pinned (trapped)?" is a better predictor of extrication activity at injury MVAs compared to SEMI/head-on involvement. Further research should examine whether High Mechanism and Major Incident determinant suffixes will capture additional extrication incidents.