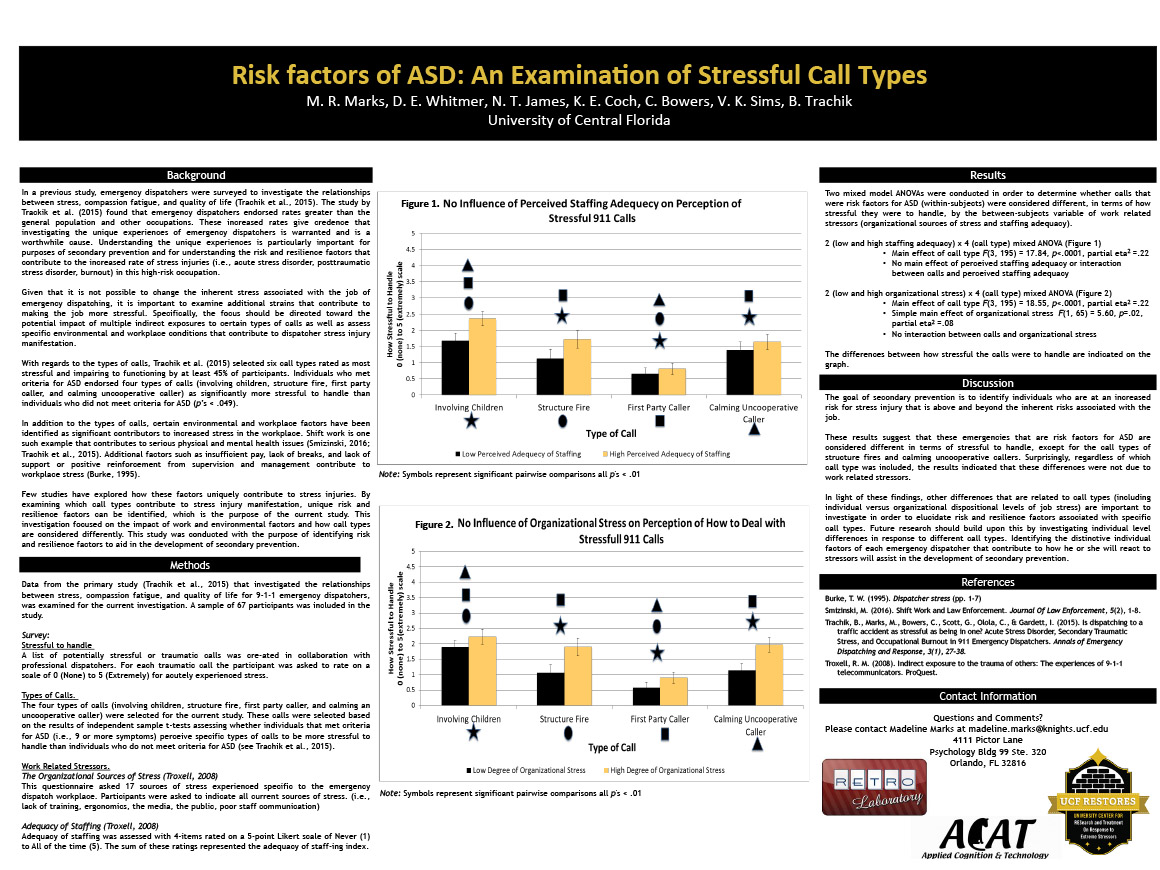 Introduction: In a previous study, emergency dispatchers were surveyed to determine how stressful it was to handle various 911 calls. Given that it is not possible to change the inherent stress associated with the job of emergency dispatching, it is important to examine additional strains that contribute to making the job more stressful. This is critical for understanding the risk factors that contribute to the increased rate of stress injuries (i.e., acute stress disorder, posttraumatic stress disorder, burnout) in this high-risk occupation.

Method: Two mixed model ANOVAs were conducted in order to determine whether calls that were risk factors for ASD (within-subjects) were considered different, in terms of how stressful they were to handle, by the between-subjects variable of work-related stressors (organizational sources of stress and staffing adequacy). Using these within-and between-subjects analyses allowed for examination of differences at the individual level.

Results: Emergencies that are risk factors for ASD were reported to be different in their levels of stressfulness, except for structure fires and calming uncooperative callers, which were not statistically different from one another (but were each different from the others). None of the differences appeared to be the result of workplace/organizational stresses, but were inherent in the stressfulnes of the call type itself.

Conclusion: Surprisingly, regardless of which between-subjects factor was included, the results indicated that these differences were not due to work-related stressors. In light of these findings, other individual differences (including individual level versus organizational levels of job stress) are important to investigate in order to elucidate the inherent job-related risk factors associated with the emergency dispatching occupation.