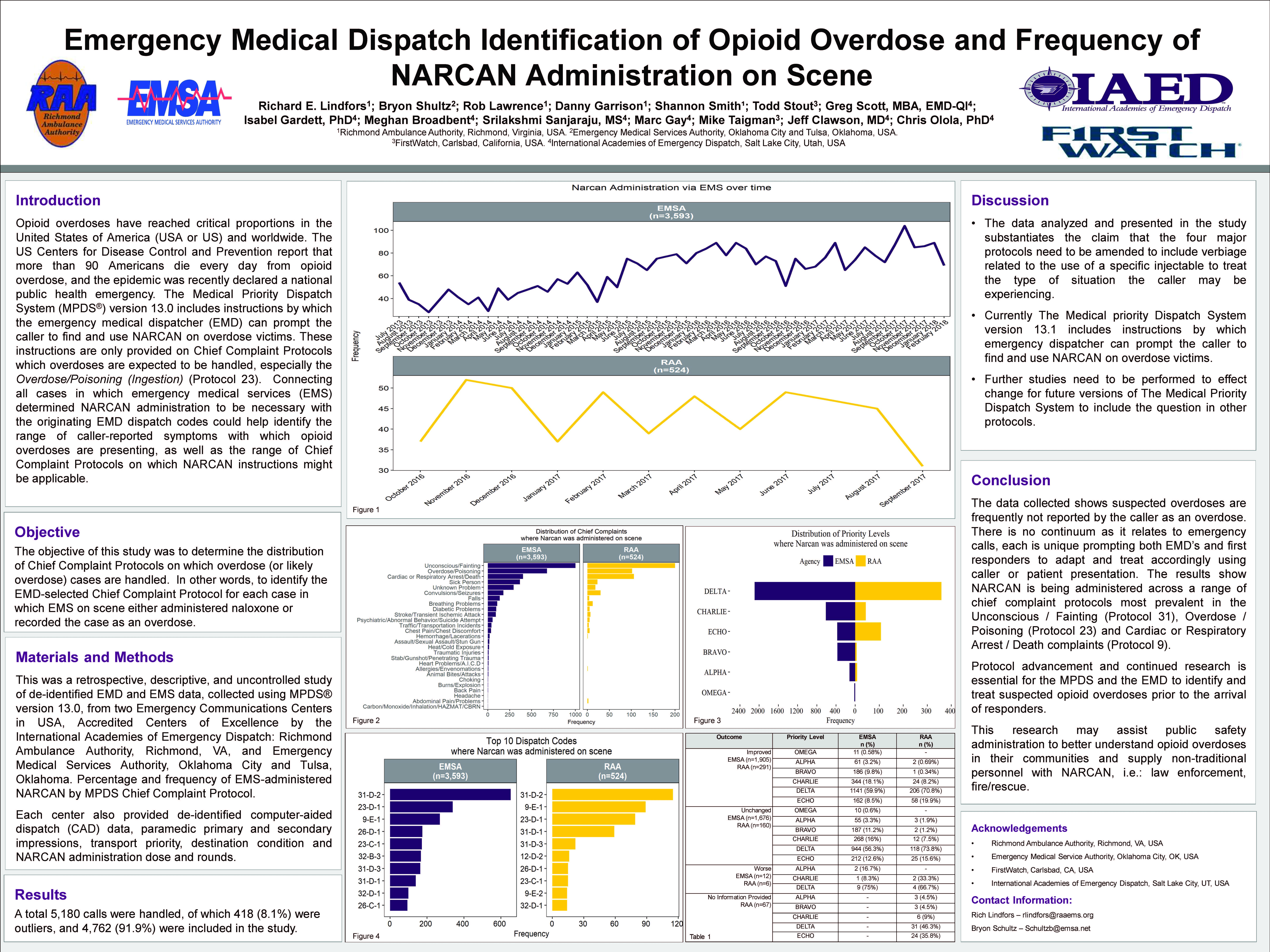 Introduction: Opioid overdoses have reached critical proportions in the United States of America (USA or US) and worldwide. The US Centers for Disease Control and Prevention report that more than 90 Americans die every day from opioid overdose, and the epidemic was recently declared a national public health emergency. One response to the crisis has been to increase the availability of naloxone HCl (commonly referred to by the brand name NARCAN), a treatment that reverses the effects of opioid overdose when injected or inhaled. The Medical Priority Dispatch System (MPDS®) version 13.0 includes instructions by which the emergency medical dispatcher (EMD) can prompt the caller to find and use NARCAN on overdose victims. However, these instructions are only provided on Chief Complaint Protocols which overdoses are expected to be handled, especially the Overdose/Poisoning (Ingestion) Protocol (Protocol #23). Connecting all cases in which emergency medical services (EMS) determined NARCAN administration to be necessary with the originating EMD dispatch codes could help identify the range of caller-reported symptoms with which opioid overdoses are presenting, as well as the range of Chief Complaint Protocols on which NARCAN instructions might be applicable.

Objectives: The primary objective of this study is to determine the distribution of Chief Complaint Protocols on which overdose (or likely overdose) cases are handled. In other words, the objective is to identify the EMD-selected Chief Complaint Protocol for each case in which EMS on scene either administered naloxone or recorded the case as an overdose. The secondary objective is to characterize the frequency of NARCAN administration on scene, including the average doses administered.

Outcomes: The primary outcome measure was the frequency and percentage of cases for recorded EMS-adminstered naloxone by MPDS Chief Complaint Protocol. A secondary outcome was the average number of NARCAN doses administered per case. Detailed findings will be discussed.